Chromebook vs Laptop: Which One To Get?

Chromebook vs Laptop: Which One To Get? 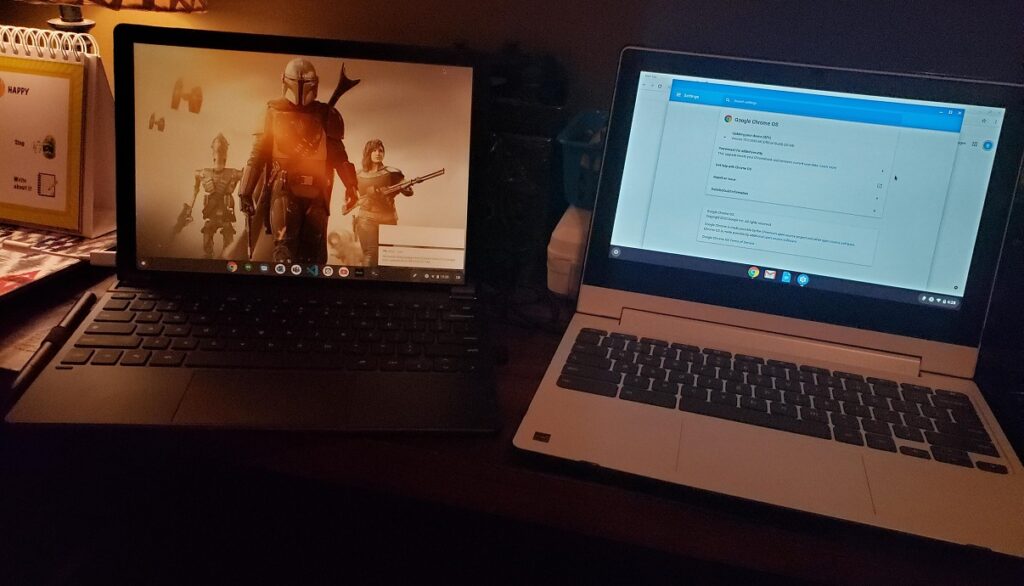 Chrome OS is getting more and more popular these days, and why wouldn’t it? Chromebooks are affordable and incredibly easy to use. There are also thousands of apps you can use to make your Chromebook more powerful. The question is, are Chromebooks better than laptops? Well, it depends on what you’re looking for. Chromebooks and laptops both have their perks, but the question is more about what you want to do with it.

When we think of buying a new computer, most of us think of laptops or desktops, but what about Chromebooks? The Chromebook is a type of laptop that runs an operating system called Chrome OS. Chrome OS is basically a browser that you use to access the Internet. If you’re looking for a new laptop, but don’t want the hassle or expense of Windows, a Chromebook might be just what you need.

Buying a new laptop can be a pretty daunting task, and one of the first questions you should ask yourself is whether you need a Chromebook or a laptop.

What is the difference between a Chromebook and a laptop? We will compare them in different categories and draw a conclusion at the end.

Remember, it’s ultimately your decision, based on your preferences. Here’s everything you need to know to compare a Chromebook to a laptop.

What is the difference between a Chromebook and a laptop?

When we talk about laptops, we usually think of Windows or Apple based laptops, but Chromebooks are laptops too. However, Chromebooks are so special that they have their own category, so it’s worth discussing this distinction up front.

Chromebooks are lightweight laptops used for school, work and personal use. They are designed to spend most of their time on the web and run on Chrome OS, a Linux-based system that offers more privacy and security.

Laptops can be equipped with different operating systems, such as Windows or Mac OS, and usually have a much wider range of hardware. Chrome OS’s choice is certainly limited in terms of performance under heavy use.

Chromebooks are usually equipped with Pentium or Atom chips, you can also find some models with Intel Core i3, sometimes Core i5, rarely Core i7, rarely AMD.

You have no choice of materials. You can only see which model best suits your needs. Chromebooks typically have a small amount of hard drive space. The data is stored in the cloud, so you don’t have to worry about storage ratios between hard drives and SSDs, etc.

Laptops offer much more powerful hardware, and you can often customize them by hand – something that’s not possible with Chromebooks, in part because they’re hard to take apart and certain parts are hard to find online.

Keep in mind that there are many more laptops than Chromebooks on the market to choose from.

In general, if you need powerful hardware or the ability to customize it, you should opt for a regular laptop. If you know you’re not going to be doing overly complex tasks, or if you don’t mind having a cheaper, less powerful device, a Chromebook is just right.

Chromebooks run on Chrome OS, which is very similar to most Android operating systems. It relies on apps downloaded from their store, and you can pretty much not install what you want. For example, you can’t get a true standalone Office package because it’s not pre-installed in Microsoft Office 365 and you can only use it through a browser. Instead, you get G Suite, an alternative to Google.

If you want to use your device without a network connection, Chromebooks are not a productive choice for you. They work with Google applications such as Gmail, Google Drive, G Suite, etc. All of this is highly dependent on networks.

Windows and macOS laptops accept most third-party applications, and you can download anything you want. They also work offline in more situations and rely on physical storage rather than hard drives, but you can use hard drives if you want.

Most people find these operating systems simple enough to use, but keep in mind that they can’t offer the same level of privacy as a Chromebook. They are also more adaptable, but also present more problems.

Chromebooks are often cheaper, but that doesn’t necessarily mean they’re the best choice. The hardware used in Chromebooks is not very advanced. However, the operating system is also not very demanding, so you will get good performance when browsing the web, managing files and documents, and watching videos.

If you compare two models, a laptop and a Chromebook, with very similar hardware, the Chromebook will be cheaper. That’s mainly because when you buy Chromebooks, you’re paying for portability, convenience, and low weight.

Many people have personal opinions on what looks good and what doesn’t, but in general Chromebooks are smaller and thinner, which makes them look a bit more elegant. However, some laptops with aluminum construction look much better, so you have to decide for yourself when you choose a particular model. 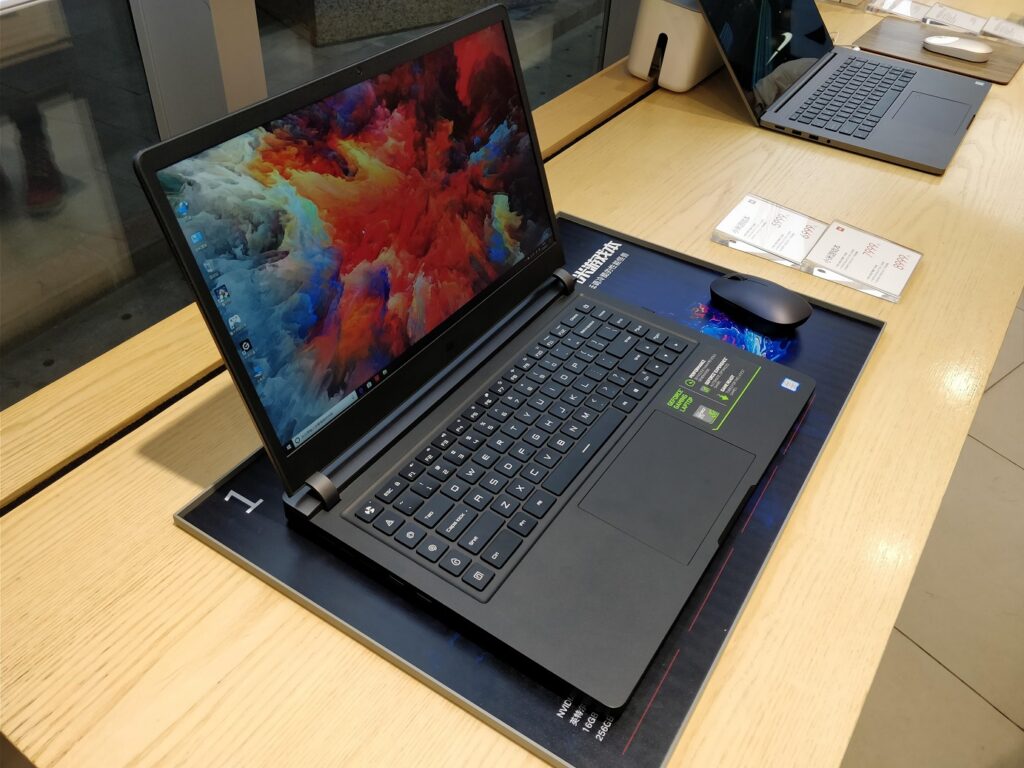 Don’t expect much from low-end Chromebooks, other than a plastic chassis. This is the main difference between a Chromebook and a laptop, as you can find cheaper laptops with an aluminum construction.

When it comes to weight and portability, Chromebooks win. They’re usually smaller, almost always lighter, which is why the choice between a Chromebook and a college laptop always falls in the Chromebook’s favor.

What also makes Chromebooks more convenient is that they run on the cloud and hard drive, meaning you can access all the information you need through other devices, as long as you’re connected to the internet.

Everyone defines convenience differently though, and some find it convenient to have customization options that a Chromebook doesn’t have.

In short, Chromebooks are more portable and lighter, but you can’t fully customize them to your liking.

Which is better, a Chromebook or a laptop? It depends on your personal needs and what you prefer in a device. Most people agree that a Chromebook is a great portable option, but if you need to do some serious work, you’ll need to buy a more powerful laptop or PC for the home.

This source has been very much helpful in doing our research. Read more about what is the difference between a chromebook and a laptop and let us know what you think.

Which is better Chromebook or laptop?

Chromebooks have been taking the world by storm, offering a cheap, portable alternative to the desktop and laptop computers you might be used to. But are they really worth it? Chromebooks run on Google Chrome OS, a cloud-based operating system that relies on the internet to function. This means that any documents, files, or applications that you use on a Chromebook will live online, meaning you have to have internet access to use them. Laptops are the most popular devices for word processing and general internet tasks. They are also the most flexible choice, as they can serve as a word processor, gaming device, media player and more. Many people choose them over Chromebooks because of the flexibility, especially for students. However, Chromebooks are useful for students for many reasons.

Can a Chromebook replace a laptop?

If you’re in college, there’s a chance that you’re looking to get a new laptop. These days there are tons of options, including Windows laptops, Macs, Chromebooks, and more. But which one is the best for you? That’s a tough question. Some people prefer Windows laptops, while others want Macs, but you should also consider a Chromebook. Chromebooks are a lot like laptops, but they’re different in a lot of ways. While a Windows or Mac laptop can run thousands of different programs, a Chromebook is mostly limited to Google’s Chrome Web Store, which gives you access to utilities like Google Docs and Google Sheets. The Chromebook is Google’s take on the netbook; it runs Chrome OS rather than the Windows or Mac OS you would expect from a traditional laptop. That means that it won’t run Windows applications — but Google is betting that you won’t need them. Built for the web, Chromebooks have integrated Google Drive and Gmail support, automatic updates, many built-in apps and a simple interface that lets you get online quickly.

Are Chromebooks better than Windows laptops?

Since every Chromebook is 100% reliant on the Internet, you are forced to use Google’s web-based software. Most people can deal with using Gmail, Google Drive, and Google Chrome (which often comes pre-installed) for their day to day internet-based tasks. However, many “power users” that rely on other software, such as Microsoft Office, Adobe Photoshop, or even Spotify, will have to find a replacement for their Windows computer. Luckily, if you are willing to make the switch to a Chromebook, you will be pleasantly surprised at how well these applications work as a web-based service. While the Chromebook has been around for several years now, it has only been in the past year or two that it has started to gain traction. After all, they are still expensive, a bit clunky and not as powerful as traditional laptops. However, they can get you through a full day without needing to recharge, and they don’t come with the typical malware and privacy issues like Windows laptops do.