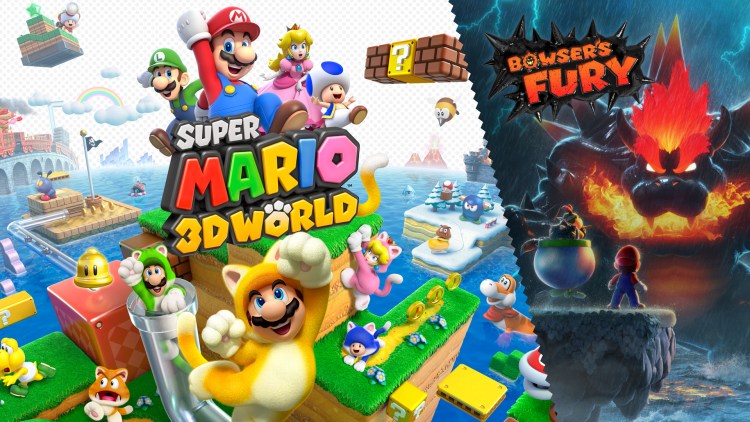 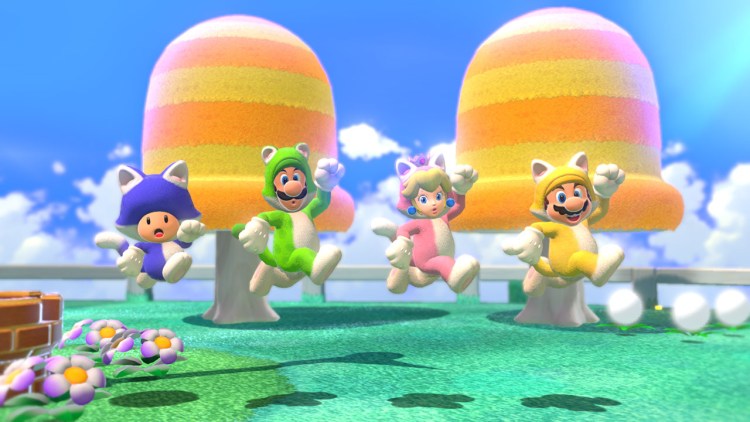 In the world of Nintendo, Mario rules the console. I’m proud to say that over the years I’ve played all the major Mario games that have come out, and also almost all the side games like Mario is Missing and Super Mario RPG, just to name a few. Yet there was a sense of shame I felt in my stomach for the past 9 years. Because I was a single parent at the time, I had a hard time finding the money to justify purchasing the system. Because my bank account was empty, all I could do at that point was watch countless Let’s Play videos on YouTube and wallow in my misery. So when Nintendo announced in a Direct that Super Mario World 3D would be taking its place, I let out a squeal of excitement. I can now play in all worlds, not through the YouTube screen, but behind the Nintendo Switch screen.

Once again, Mario and his friends Princess Peaches, Toad and (best brother) Luigi are having a great time when they notice a strange tube that seems to be in an unhealthy state. Mario and Luigi are fixing a pipe when a fairy comes out and warns the group that the evil Bowser is holding people hostage. Of course, after warning the group, Bowser comes and steals the fairy. The dynamic group then jumps into the tube, and this is the beginning of this adventure. 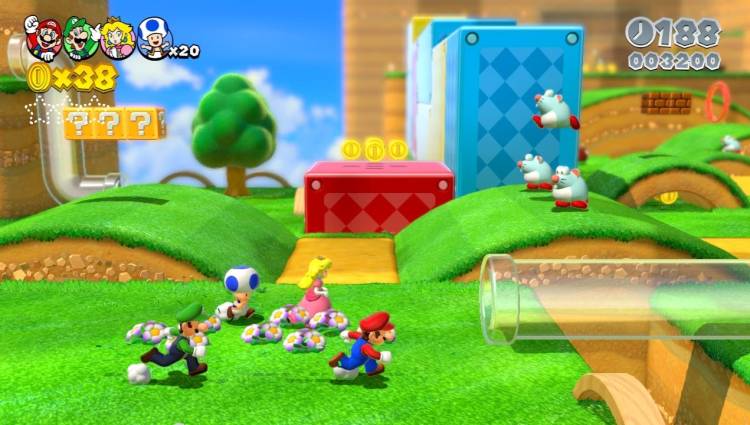 Super Mario 3D World is aptly named, because of course all the levels are in 3D. It’s not like other games in the series, like Super Mario 64 or the recent Super Mario Odyssey. In a 3D world, you can team up with 3 other friends to cause chaos while you and your friends compete for bonuses and become one of the highest scoring players. Of course, this also means that some of the smaller platforms you jump on will fill up quickly, which usually sends someone to their untimely death. At least it’s fun!

Each level has 3 hidden green stars and a hidden stamp. You must try to collect as many green stars as possible, because you will need them to progress in the game. But beware, some stars are VERY well hidden. Fortunately, the game has not changed from the original Wii U version, so the instructions are easily accessible. You’re rewarded by collecting all the stars, but given the amount of extra content, there’s an ending that I won’t give away if you’re going into the game blind. 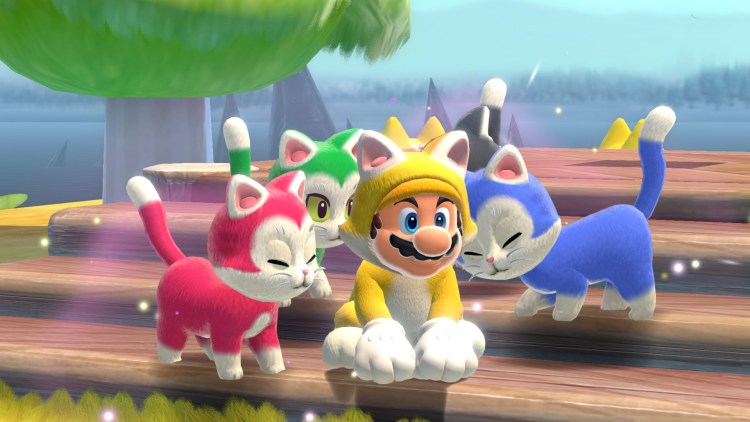 If you’re considering buying the game, you’ve probably seen that there’s NEW content called Bowser’s Fury. This bonus content has absolutely nothing to do with Mario 3D World or any other game in the series. You can listen to them again at any time from the home screen. I have to say that Bowsers Fury exceeded my expectations, both in content and gameplay.

As in the 3D world, Bowser’s Fury begins with Mario walking down the street and seeing ink dots on the ground. For far too long, he notices a black M on the ground that Mario Sunshine fans will immediately recognize. Mario is then pulled into a world of mini islands, most of which are covered in a black tar-like substance. Before you know it, Bowser will appear, but with one big difference: ….HIM! Bowser is the size of a skyscraper and is visibly miffed. After retrieving the Cat’s Eye, the beacon will light up Bowser, who will immediately retreat. In Bowser’s Fury, Mario is joined by Bowser Jr. (who can be played by a second player), and you must collect enough cat glitter to defeat Bowser once and for all. In total, Bowser’s Fury offers about 5-6 hours of additional gameplay. 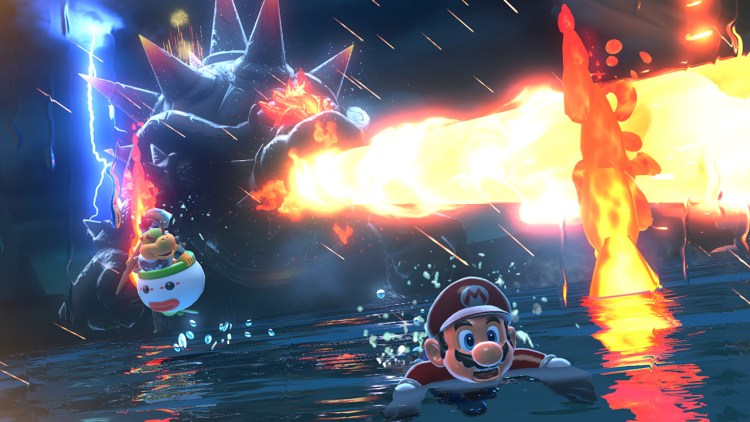 After waiting for things to finally get better in Super Mario 3D World, I feel like the burning pit in my stomach has finally disappeared. Not only am I happy to play this game, but oddly enough, it’s even better than I imagined. At the top of this delicious game cake is the best cherry EVER from Bowsers Fury. Don’t bet on this game if you like Mario games, especially if you want to have a fun night playing with your friends and family.

*This review code was kindly provided by the publisher for review purposes.